Sunday 9th saw the Annual General Meeting of the charity. But since this was the first opportunity we had to meet together like this since the pandemic we thought we would change the format of the event into our first-ever Annual Conference.

Some organisations have their conferences in Brighton, others in Blackpool. We decided on another seaside town, Aberystwyth.
Members of the charity travelled from all over Wales to the IBERS centre on the outskirts of the town where we were well looked after by employees Vicky and Natalie, who also volunteer with the charity.

Our morning commenced with a tractor drive past outside the centre. A group of local tractor fanatics organised by Nia Gore to raise money for Blood Bikes Wales and the Chemo Ward at Bronglais Hospital. 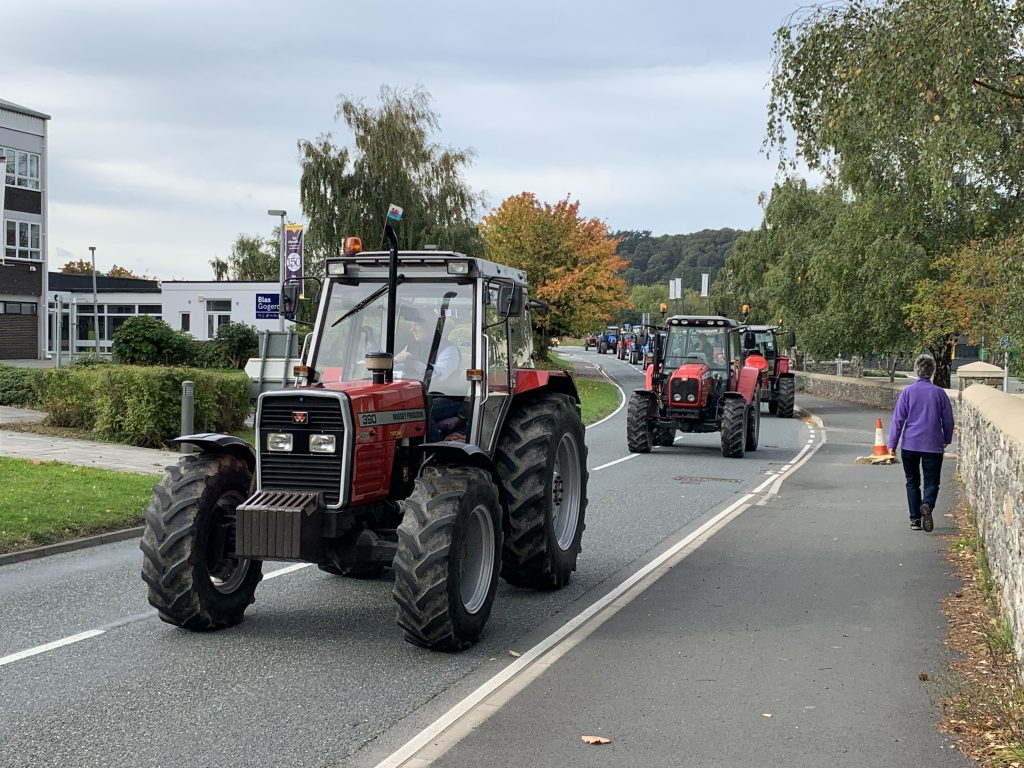 Members then returned to the conference hall for the first of a series of speakers. An excellent presentation by Sheila Brown. As well as being one of our volunteers, Sheila is also a midwife and lecturer. Her explanation of the magical stuff that is human milk and the lifesaving benefits of breastfeeding had the audience riveted. The quality of the questions posed to Sheila demonstrated the impact of her address.

A short coffee break was followed by the first of our breakout sessions on the mezzanine. June spoke about fundraising to a group of volunteers and passed on the knowledge she had gathered in a very interesting career.

Our next guest speaker joined us virtually as John Stepney, Chair of the Nationwide Association of Blood Bikes (NABB) addressed the conference and explained the work that NABB does to promote the Blood Bike movement.

A very tasty buffet lunch was graciously provided by a local sponsor Paul Billings and gave our members from all parts of Wales the chance to mingle and put faces to names or voices. 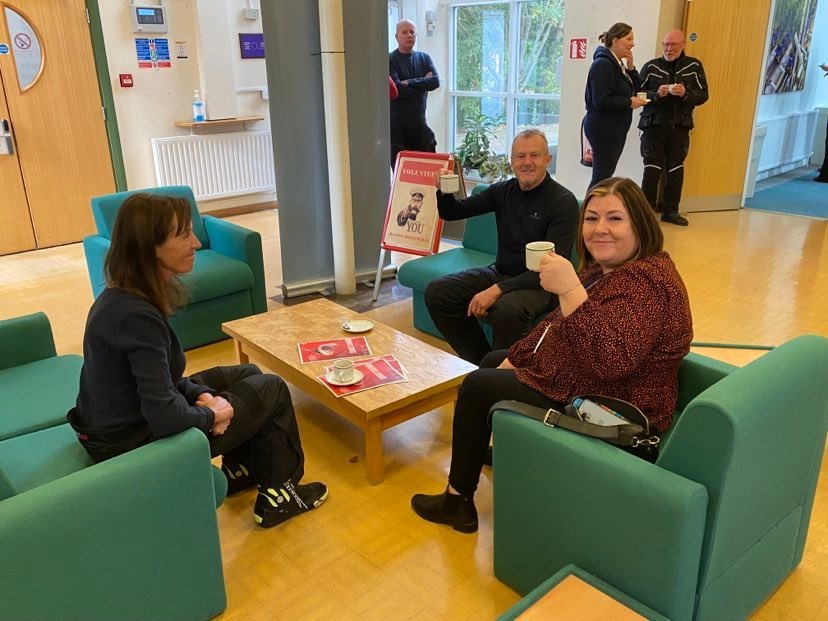 The breaks also gave members a chance to browse our merchandise store where Mandy was quite happy to relieve them of a few pounds for a new hoody or T-Shirt with our trademark logo.

Two breakout sessions after lunch were dedicated to controllers and riders led by Adrienne and Lesley respectively. This gave the members chance to talk about their place in our operational teams and understand the challenges that each one faces during a typical shift. An essential part of working together to best effect.

After another short break, the day moved on to the formal Annual General Meeting. Lesley, Secretary to the charity started the proceedings with an expression of thanks to all those who had worked hard in the preparations for the day, some travelling up the night before to ensure all was ready. Our aforementioned hosts at IBERS, Chris and Tim for producing endless cups of coffee and tea, and the event planner\stage crew\roadies\production team of Tyron and Technical Ty who planned and scheduled the event, branded the venue with our publicity banners and worked tirelessly throughout the day to ensure that even those members who could not travel could still participate in our live stream of the events.

The results of the formal process of electing trustees for the charity were then announced before the chair, Nigel gave a closing address to the conference.

This is the first time we have tried this format but the feedback the trustees have received so far suggests it was very well received. Those present commented on the buzz throughout the day as introductions were made and names were put to faces. That was the goal. 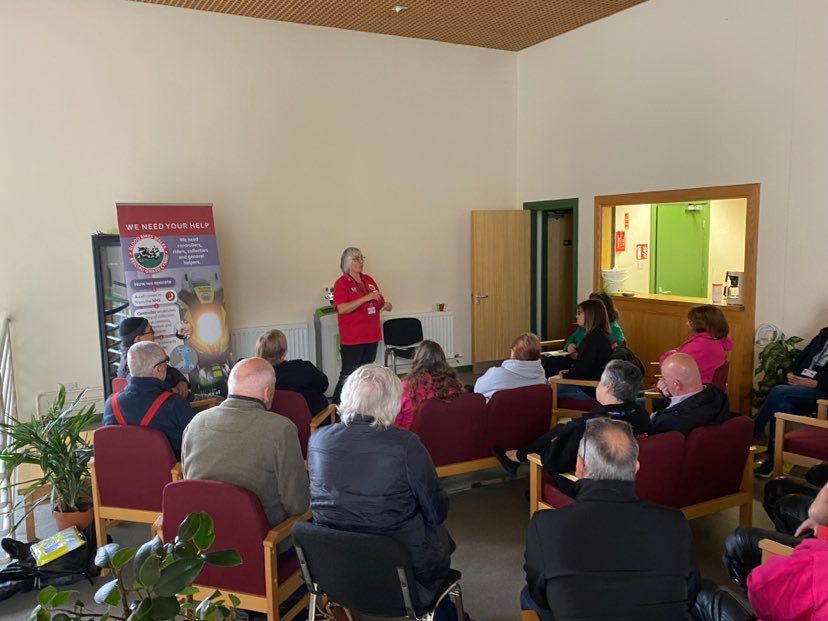 The trustees express their thanks to all those who planned and prepared for this event, and to those volunteers who participated. Being spread across 8,000 square miles of Wales mean we rarely get together but the success of our first conference suggests it won’t be the last.