It’s not just blood – Bringing it home to us 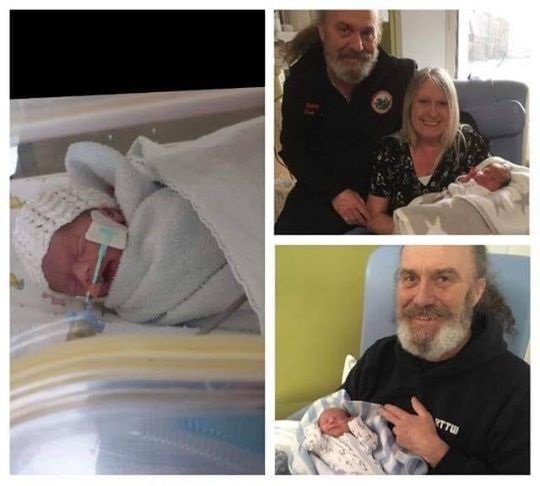 Rarely do we meet the people we help but earlier this year, Jaxson was born 10 weeks prematurely in the Royal Gwent, Newport.  Now Jaxson just happens to be the grandson of Darren and Tracey, members from our East area (Darren is area rep) which covers Aneurin Bevan Health Board.

Arriving so early Jaxson was in need of a little help and so benefited from one of our services that always tugs the heartstrings, the transport of donated human milk.

For some babies, in some circumstances, the best option is the natural one.  Generous nursing mothers donate expressed milk which is frozen ready for transportation to a human milk bank where it is screened and prepared ready for distribution.  Blood Bike groups across the country collect donated milk from donor’s homes and deliver to human milk banks, or from the milk banks for delivery to Neonatal Intensive Care Units.

This precious resource is often relayed over some distance through several Blood Bike groups, all of them volunteers before it reaches its destination.  Our group for instance has relayed from a donor near Caerphilly across Wales to the Northwest Human Milk Bank (@ABankForLife) in Chester.

The human milk banks are often charities themselves and would have to pay for a courier service if we did not provide our service for free.  Those milk banks provide a fantastic service.  One new mother, who happened to be a cancer survivor, was unable to feed her newborn baby herself.  Within an hour of the phone call, the milk bank had a feeding plan arranged for her.

We encountered a slight twist to the normal arrangement a few months ago.  The baby was fine, but mum was unwell and had to be admitted to hospital.  The hospital asked us to carry expressed milk from mum to baby, who had stayed at home with dad.  This we did for a few days until mum fully recovered.

So for the mums, the babes, the milk banks, this is a very important service and one we love to be a part of.  A big thank you goes to Jaxson and his mum Tabitha for letting us use the photos of Jaxson, Darren, and Tracey.

If you are a nursing mum interested in donating milk you will find more information here http://www.ukamb.org/donate-milk/.  It’s precious, don’t waste a drop.