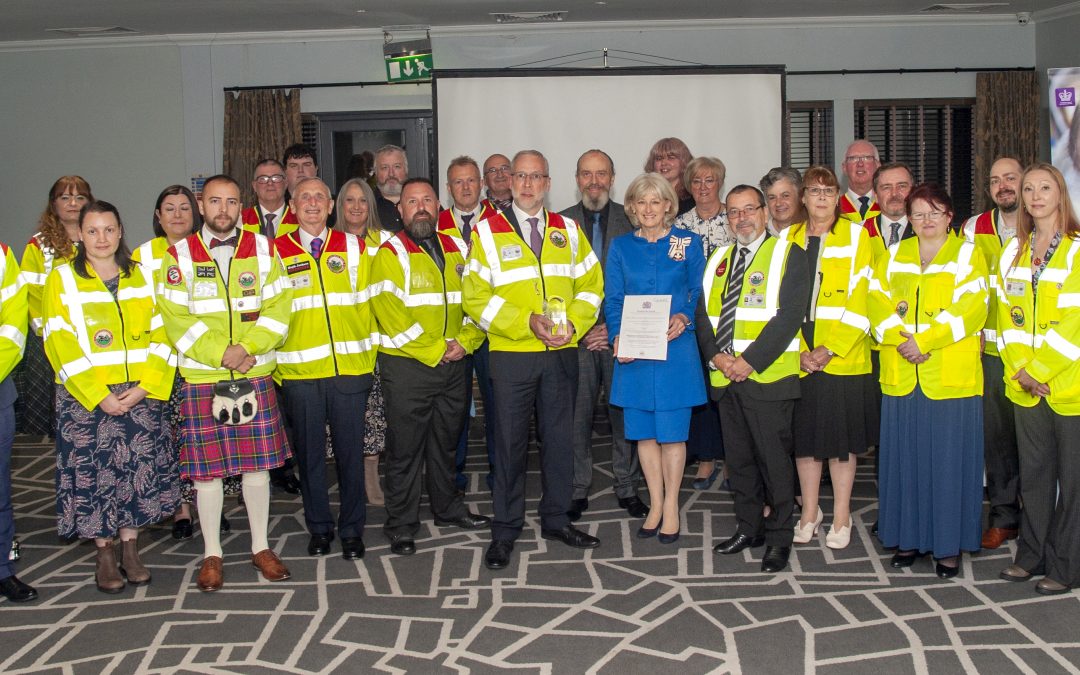 In June we were delighted to announce that this charity had been honoured with the Queen’s Award for Voluntary Services.

Last Wednesday representatives of the charity from all corners of Wales were pleased to be presented with this award by the Lord Lieutenant of South Glamorgan Morfudd Meredith.

In her address, the Lord Lieutenant explained the rigorous process that is followed for each nominee. Nominations may only be submitted by someone who is not involved with the group and who has a good knowledge of their work. The eligibility of each nomination is checked then local assessors from the Lord Lieutenant’s office conduct due diligence on each eligible group.

A National Assessment Committee considers the recommended groups and draws up a shortlist. This shortlist is then submitted for Royal approval and it was made clear that Her Majesty takes an interest in each of the groups put forward for this award making this a most prestigious honour indeed.

Mrs. Meredith detailed some of the data that had been used to evaluate the nomination and contributed to the additional engraving ‘In special recognition – COVID 19’ on the crystal presented to the charity. Blood Bikes Wales fulfilled a threefold increase in demand in 6 months and over the last 12 months has seen the number of miles increase by 50% over the previous year. 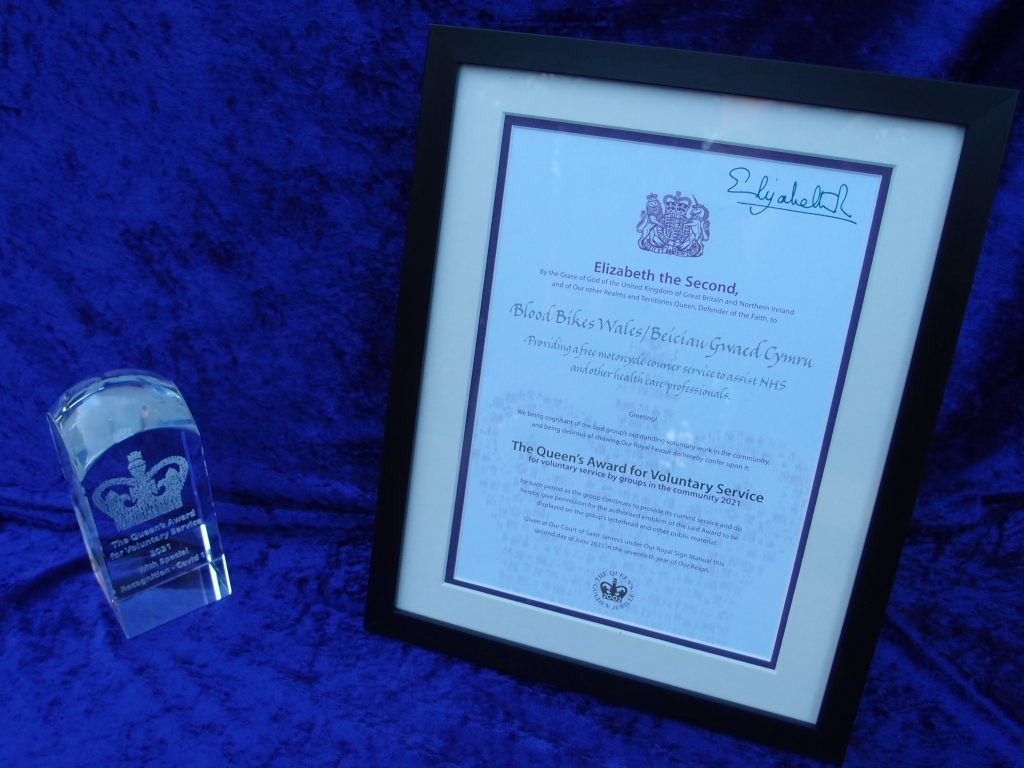 Accepting the award on behalf of the charity Chairman Nigel Ward addressed those present:

‘For me, this award is not just for last year but is shared by those few who started this charity, and all those through the years who have volunteered to build this charity into something that was ready for last year….I must also thank the families of those who volunteer for allowing their loved ones to lose themselves to the charity for days every month.’

‘I think of all the volunteers with this charity that make it possible for us to say to our NHS ‘May I carry that for you?’