2019 Organisation of the Year

Representatives of the charity, including one of our founder members and one of our newest members attended a black tie dinner at the National Museum in Cardiff last night.  Some of the smartest bikers you’ve ever seen enjoyed a remarkable evening watching good people who do great things being recognized for their work culminating in ‘the most prestigious award’ of Organisation of the Year. 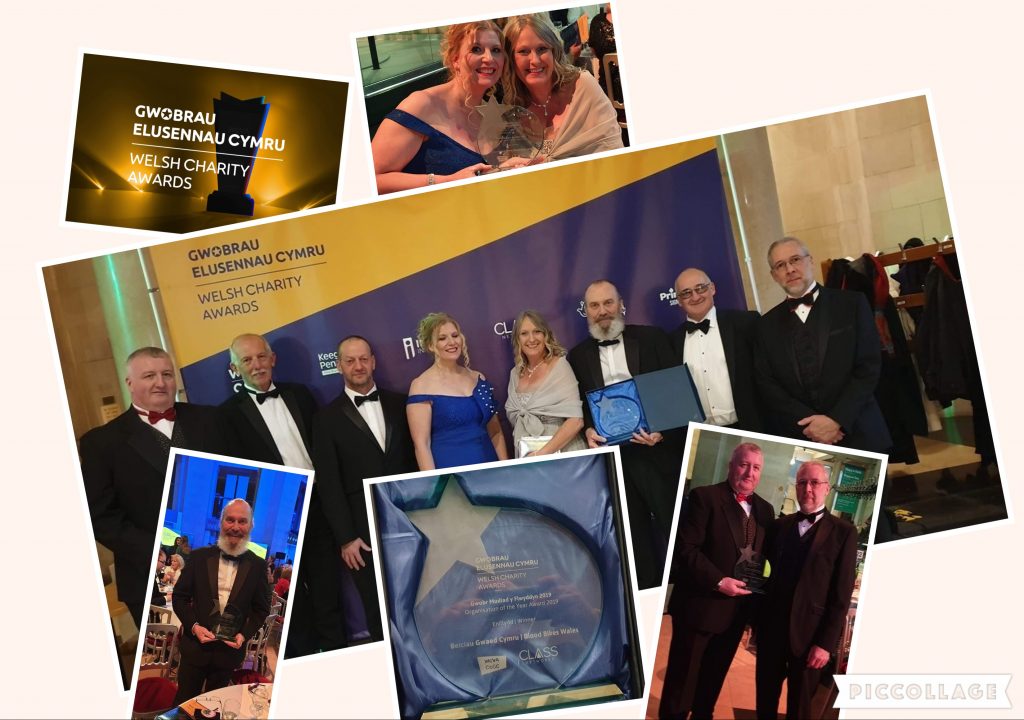 Blood Bikes Wales was one of 6 finalists in this category each of whom does phenomenal work in their chosen area, a fact demonstrated by a short video.  After the videos, compere Philippa Tuttiett announced the winner ‘Blood Bikes Wales’.

The small group walked from one end of the hall to the other to cheers and a standing ovation from those present.  A very humbling experience.  As bikers we disguise ourselves in hi-viz and liveried bikes and slip unnoticed in and out of hospitals whilst a team of unseen volunteers keep each bike on the road.  The people we serve deserve our praise so being in the spotlight is not our natural environment.

An emotional founder member Darren Fennell received the award from Jonathan Levy, Managing Director of awards sponsor Class Networks.  Darren explained that 8 years ago a small group of bikers had an idea which they were told would never work.  Just look at him now!  We had to prise the award from his fingers so we could get a photo.

Stunned chairman Nigel Ward told the audience that the young baby on the video they had just seen was Darren’s grandson.  6 years after the charity Darren helped found launched the service to our NHS his grandson, after being born 11 weeks premature, benefited from our breast milk service.

Nigel explained that our work continues.  Last year in total the charity had complete nearly 2,600 jobs.  This year we will soon break the 4,000 mark.  Our NHS needs us and we will keep doing what we do, #ItsWhatWeDo